If your new Greyhound goes on to set the track and the record books alight, it helps to have a suitably memorable name to accompany that success. Back in 2017, we chatted to the folks in the naming department of the ICC to get their tips and insider info on getting the perfect name. Check it out now.

Naming Your Greyhound - Where to start?

Many owners believe that giving a greyhound a good name is a very important step to future success. It has never been scientifically proven that a nice name or a name containing words such as ‘Speed’ or ‘Quick’ will actually make the greyhound run faster but you certainly wouldn’t be holding out much hope for ‘Slow Joe’ or ‘Lazy Larry’. In support of the theory, the English Greyhound Derby was won last year by a dog named ‘Jaytee Jet’.

Following the 2012 Olympics in London the staff of the Irish Greyhound Stud Book were inundated with names containing the words ‘Usain’ or ‘Bolt’. Under their rules, naming a greyhound after a well-known, famous or infamous person is not allowed but it is ok to use one part of the name, e.g ‘Usain Star’ or ‘Laughil Bolt’. We don’t know yet who will be the stars of RIO 2016 but for sure there will be a few new names that will give inspiration to greyhound owners. The Euro Championships last year in France ensured that (Antoine) Griezmann made an appearance in the 2016 Irish Greyhound Stud Book in some shape or form. ‘Go Griezmann’ has a nice ring to it.

Greyhound Names can also be a great reflection of history & political landscapes. Some Cavan owners were quick off the mark and their runners Brexit Blues and Brexit Baby will be appearing on the track shortly. The US Presidential election of 2016 ensured that the ‘Trump’ card was played. ‘Bertie’ was often used in names when the man himself was Taoiseach but for some reason ‘Enda’ has never been in the same demand.

From the world of television, the makers of Love /Hate could never have predicted that the name ‘Nidge’ would populate race cards at greyhound stadia all over Ireland and indeed ‘Droopys Nidge’ has been one of the fastest dogs seen on Irish Tracks for many years. If the real ‘Nidge’ was as quick he would still be alive and we would have a sixth series.

Of course all names must meet with certain criteria before they are accepted.

1) Only sixteen letters are allowed (including spaces).
2) Not more than four words and five syllables are allowed.
3) Initals such as C.O.D. or F.O.C. or Numerals are not allowed.
4) Names with vulgar meaning, profanities or suggestive names likely to cause offence are not allowed.
5) Made Up Names such as ‘Wybmadiity’ (Will You Buy Me A Drink If I Tell You) must be explained when name is being applied for as must names written in a Foreign language.
6) Names of living persons or names of well known, famous or infamous people are not allowed.
7) Names of big events e.g Ryder Cup or copyright names are not allowed.
8) Names with very similar spelling or pronunciation to one already in use are not allowed.
9) Names already allotted to a greyhound which became famous or which was used for breeding are never given out again. Any other name allotted to a greyhound cannot be used again inside a space of 12 years.
10) A greyhound can only be re-named once.

To register a name please contact the Irish Coursing Club 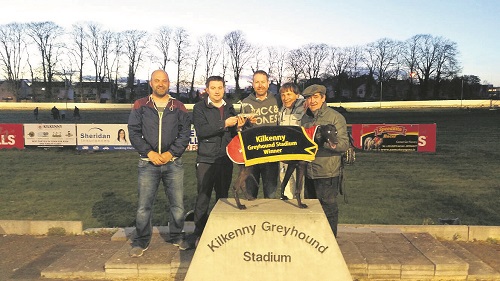 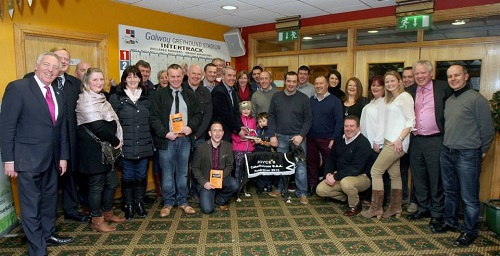 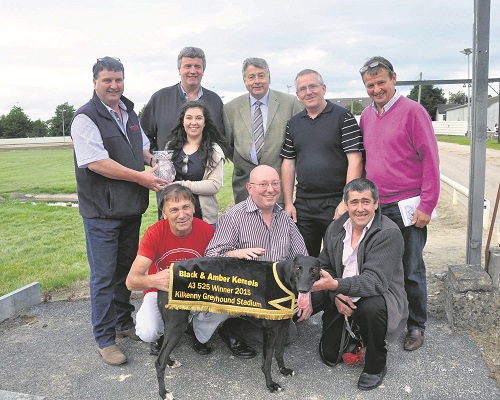