ONE TIME ONLY A TRUE CHAMPION

ONE TIME ONLY A TRUE CHAMPION

One Time Only was crowned the 2022 Boylesports Champion Stakes winner at a busy Shelbourne Park on Saturday night as he produced a typically brilliant display of early speed and front running to hand handler Tommy O’Donovan another major victory.

The weather caused plenty of problems through the evening with a rain delay earlier on the card and the last two races being abandoned due to the soggy conditions. Thankfully, conditions were far better as the greyhounds went to traps for the feature.

After a flood of money, Sentimental Lad started favourite at 9-4 with One Time Only and Bockos Budsit the 3-1 joint second favourites. Twoinarow was a big drifter and eventually went to traps a 9-2 chance with Droopys Nice One at 8-1 and Beach Avenue at 12’s.

A NICE START FOR DROOPYS

It was Droopys Nice One that came away fastest from trap four but her chance slipped away when One Time Only flew up her inside to lead on the bend.

Bockos Budsit also flew into the turn after a moderate start and he and the wide running Droopys Nice One bumped on the corner, costing both valuable ground and momentum.

Twoinarow was second with Droopy Nice One another length back in third. Sentimental Lad had improved to go fourth but was still a long way behind the leader. It was evident that the winner was most likely in front. Twoinarow did begin to edge closer at the third turn but the gap was never closing fast enough for his supporters.

One Time Only stayed on strongly in the wet conditions to emerge a deserving winner.

Owned by Paul Horig and John Woodford, the son of Droopys Sydney and Mags Image, who was actually bred by Owen McKenna, hit the line a length and a half in front in 29.67 to claim the €20,000 prize.

Twoinarow ran his heart out in second, while Sentimental Lad flew home to finish just three parts of a length away in third. It seems certain all six finalists will now be targeted at the Boylesports Irish Derby and One Time Only will enter the classic as a serious challenger. With limited racing under his belt this year, he will certainly be fresh enough to produce his best. 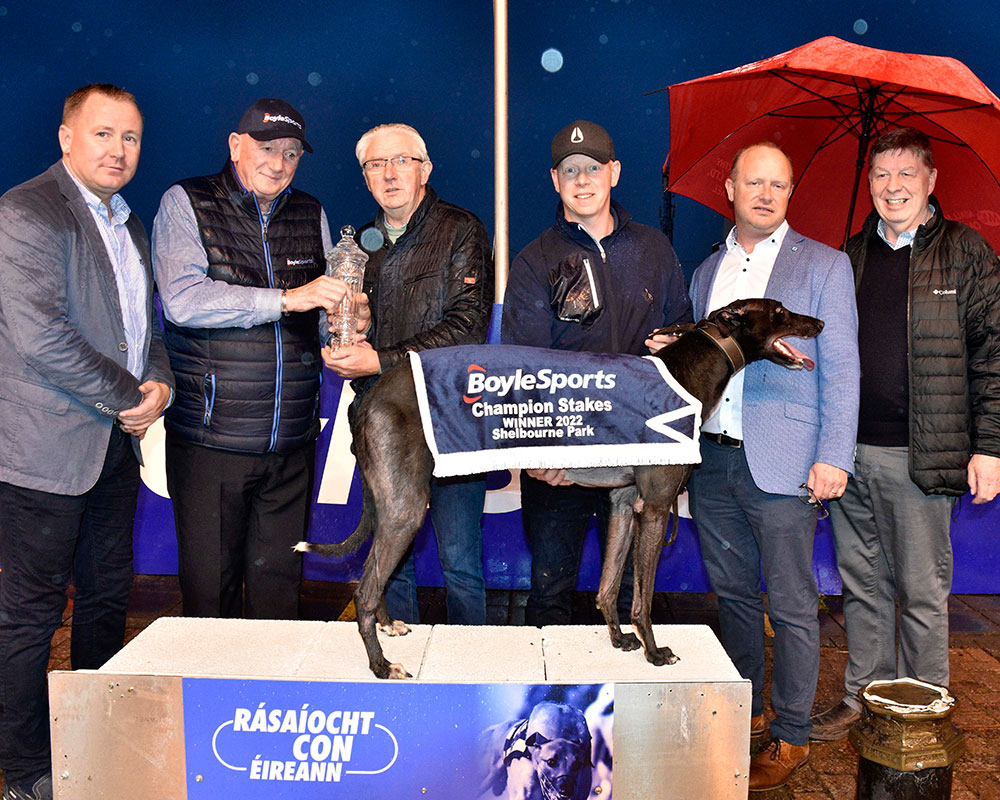